lol this is the first I have heard of this. maybe the MSM did cover it up…

Sheldon Adelson, Billionaire Donor to G.O.P. and Israel, Is Dead at 87

Sheldon Adelson, Billionaire Donor to G.O.P. and Israel, Is Dead at 87

Opinion | Do Children Really Need to Learn to Code?

Opinion | Do Children Really Need to Learn to Code?

This US show reveals how shallow & ill-informed America’s understanding of China is. No wonder we're losing the economic battle — RT Op-ed

This US show reveals how shallow & ill-informed America’s understanding of China is. No wonder we're losing the economic battle — RT Op-ed 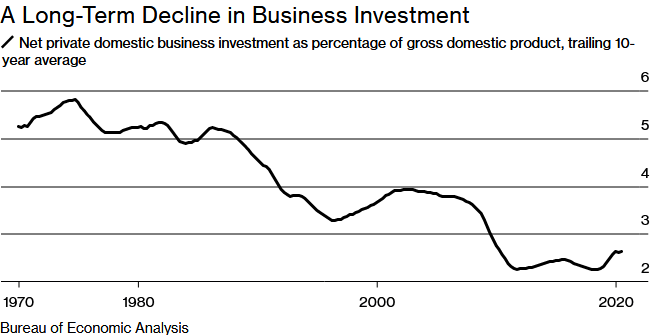 The ‘Savings Glut’ Is Really a Dearth of Investment - Bloomberg

The ‘Savings Glut’ Is Really a Dearth of Investment - Bloomberg

Many Western leftists on internet say that their version of socialism will have no police, prison, state security, military etc. no hierarchical oppression etc. And somehow people will all be well behaved and there will be social shaming of criminals or some sort of criminal justice system without police and prisons. Obviously, such a society would soon crumble and be unviable in real life. Perhaps mainstream Western leftism is very simplified and idealistic and focused on classing various things as “bad” without thinking about how they function in the system of capitalist production.

The recent anti-police protests in USA. the focus was solely on the police behavior and protesters demanded abolishing or defunding them. However, without police, the capitalist system would cease to function due to lack of enforcement of property claims. It is not surprising that none of the police departments have actually been abolished and any defunding was a tiny portion for maybe 1 year.

So, its not that police/ surveillance/ other state functions = bad, but rather they are bad because of their role in enforcing capitalism and imperialism.

Western surveillance is intensifying due to the contradictions of capitalism and conflicts from imperialism. a few years ago capitalism was stable enough such that anti-capitalists were not being banned from the R place

there should be less need for surveillance once class conflict is resolved with whole world being socialist. however, there will be elements of the ancien regime which will have to be dealt with

installing a diff OS could brick your phone maybe. beware and maybe should use a cheap phone

Exaggeration and Western one is much more extensive. NSA can monitor global communications in real time.

Fair enough. However, it is necessary in china due to being under constant attack from the capitalist powers.

Do you support Western surveillance system?

the leaks suggest a range of mechanisms but yes installing a different OS would help. that doesnt make you immune and there are still ways to crack other OS but it would close off the backdoors of google Android.

Yes, the Western media is running many stories about China’s surveillance programs.

They are not of major concern to us since we do not live in China. Why should any of us care of the Tiktok is feeding our lame memes to China, we dont even live there.

Secondly the Western surveillance system operates to prop up the capitalist imperialist system and to suppress the working class.

the Five eyes surveillance system is much more extensive and sophisticated than anything operated by China Russia or Eye-ran. Western media obsession is projection or a diversion tactic

Remember also that if you cross an international border you can be searched without any reason. There are many reports of people having their devices searched and the whole contents copied. Domestically they have to have a reason to search you - suspicion of crime, warrant etc.

Yes all the encrypted chats have an encryption key which is stored on your device or somewhere. So all of them are vulnerable to being read if your device is taken into custody - such as if you are searched, arrested or cross a border

imo encrypting your phone at most delays them. Obviously yyou should encrypt your phone anyway, if you have sensitive data on it

This celebrit thing is for the police. undoubtedly the NSA has easier access to reading everything easily. Unclear if police have the ability to crack an encrypted phone or not. It is possible that the police do not have this capability and it may be reserved for the national security groups.

You should avoid storing too much sensitive data on your phones. There are various case where people are coerced into giving their passwords

Signal is garbage anyway and the NSA is able to see who is calling who due to the centralized design plus you need a phone number to create an account.

Also in the last 10 years or so, there have been no news stories about people dying in the forever wars…

lol its best to get a pirated book. unless you get a printed one.

I think he was possibly the last genuinely honest journalist at the Intercept that believed in reporting facts, even though he was a Western liberal. Most of the others are probably writing to advance some narrative or editorial line

The overall coverage of the Intercept has noticeably changed as the election approached. There used to be articles about a wider range of topics and it has changed to be mostly about Orange man bad

The Dems cheated Crazy Bernie in favor of someone with so many corrupt dealings https://www.foxnews.com/media/glenn-greenwald-quits-the-intercept-editors-censored-story

This probably marks the end of the attempts to implement socdem via vooting, along with Crazy Bernie becoming too old to run again

Surely they should begin migrating since FULLCOMMUNISM got quarantined?..

Reddit has not been banning that much recently so maybe many have just re-made their communities there.

Google is giving data to police based on search keywords, court docs show

Google is giving data to police based on search keywords, court docs show

‘Straight to Gunshots’: How a U.S. Task Force Killed an Antifa Activist

‘Straight to Gunshots’: How a U.S. Task Force Killed an Antifa Activist

LOL a laughable colony. USA has almost complete control over the whole nation, even more than I previously thought. Most of Japan’s leaders are paid by USA. The so-called “liberal democracy” is a total sham and just a formality covering for a colonial arrangement…

'Your son, my son' classic meme

'Your son, my son' classic meme

the most beautiful scenes, can’t wait for next episode!..

How it works - Briar

Briar is a messaging app designed for activists, journalists, and anyone else who needs a safe, easy and robust way to communicate. Unlike traditional messaging apps, Briar doesn’t rely on a central server - messages are synchronized directly between the users’ devices. If the internet’s down, Briar…

How it works - Briar

appears they joined the chat group and read everything…