They probably wouldn’t even care, most of them do absolutely nothing anyways. I’d much rather be sick and have to stand around doing nothing while pretending to be busy, or in an office typing up one spreadsheet, then having to cook food on a line, run a cash register/bagging, or prepare 1/3 of a project due in 2 days.

Most of them are also completely delusional on where they stand in the company and capitalist hierarchy, and would probably see this as a privilege/ sacrifice they have to make to get +4 dollars an hour then the regular workers.

The US military constantly dumps tanks of jet fuel, toxic chemicals, and spent munitions into residential neighborhoods, and then arrests anyone using Army MPs that speaks out after 60% of the neighborhood develops severe cancer… including children.

Xi is shaking in his boots at the sheer thought of seeing 3 Canadians in a paddleboat.

Why do you think demons don’t exist? Wouldn’t it be logical to think that if Allah, angels, Iblis, and jinns exist; by extension is it such a reach to believe that Shayāṭīn exist?

I’m sorry if this is a simple question, as I’m not very knowledgeable on this topic from the Islamic perspective on it. I am not very spiritual and besides books and learning, most of my experience is with Christianity and Judaism.

Our Bourgeoisie are a step above the rest of the world’s, they’re like a Pokémon evolution in terms of evilness and greed.

The American Dream never existed. It was a lie sold back in the 50’s to gullible white Americans and immigrants ripe for exploitation.

It’s not even a single idiot making this policy, this is common practice in America, all workers must come in if they are sick, no matter what. If you can stand for more then 1 minute, you can work 8 hours. They don’t care how many you infect, coworkers or customers.

We wish you well comrade, we all are here to hold each other up and you are no exception! While it is sad to see you go, may you find fortune and happiness in your life!

Well, it seems this closes another chapter of Lemmygrad that will end up in CriticalResist’s Grand Lorebook…

Yes, all of the Middle East is geographically part of Asia. Save for Egypt and the small peninsula in Europe owned by Turkey. 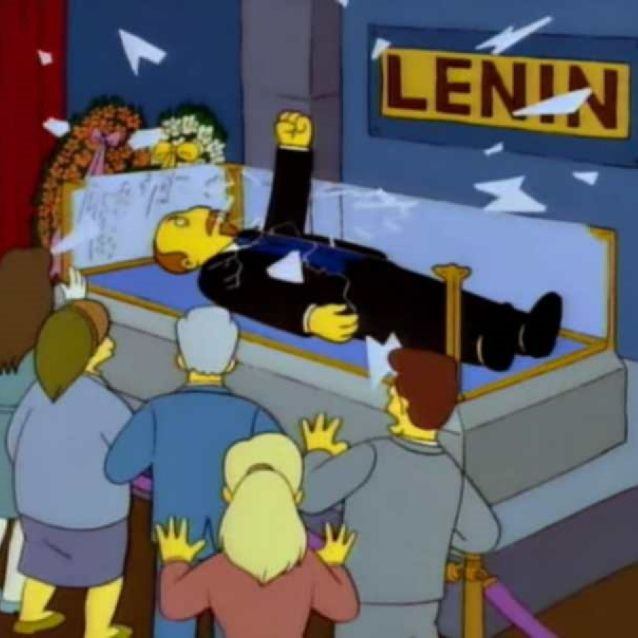 If they so desire and only with their consent, small research projects that would aim to decode their language, learn their history, understand the basics of their society, and so on, would be alright. But only on a limited scale as to not disrupt their way of life or developments.

Other then that, I’m fine with missionaries, tourists, and capitalists being killed on sight.

It is sad how cost prohibitive it all is though, especially for a student that has to decide if he wants to put gas in his car to get to class and buy food, or to drive to the range and buy bullets. So sadly it isn’t very realistic.

I will say that the SRA are leagues better then almost every other organization out there, and they have been a fantastic resource in education related to Leftist gun ownership. However the cost of entry is still prohibitive, and the membership only adds to that. Along with the fact that as a student I am strapped for time, money, and transportation that would be required. It is also difficult to know where to start, but that is more problem for myself.

The cost of everything related to guns is becoming increasingly prohibitive, with for example a single small box of ammunition costing up to a whole weeks worth of groceries. Along with that, all places to learn/practice skills are infested and crawling with these same types of right-wing delusional terrorists. I also don’t know if I’d trust myself to own a weapon such as a gun due to my mental health, despite how much I might like to own one.

Imagine how cool an anime would be where in a distant cyberpunk future, various factions or countries resurrect major political leaders in order for them to once again lead their countries to a new dawn…. Or once again plunge the world into hell.

We will siphon off any and all resources you have to enrich the core; educated people, natural resources, capital, it doesn’t matter. Simultaneously we will plunge you into eternal political strife by supporting delusional political extremists.

Don’t forget that if you ever so much as think about developing or finding trade partners besides the West…. We will remind you by killing 10-25% of your population in a direct war.

link
fedilink
@ComradeSaladtoComradeship // Freechat•How do some of of you have so many fucking comments?
link
fedilink
2•6 дней

link
fedilink
@ComradeSaladtoComradeship // Freechat•How do some of of you have so many fucking comments?
link
fedilink
7•6 дней

Catra is an inspiration to us all, we strive to attain even a modicum of your power.

I haven’t been keeping up with anime for an extremely long time now and feel really out of the loop with the current trends/meta. Would anyone have any suggestions for someone that has a decent enough baseline with anime but is clueless as to where to start with newer shows/series? What’s big at the moment too? I’ve only heard about Chainsaw Man in passing, and pretty much nothing else.

I feel ancient, the last time I was paying attention, MHA and AOT were the big things, but that was over 2/3 years ago haha.

No, that man is just a Coomer who can’t believe he lost his Discord Mod privileges due to a prole

image
Someone please help me😭, I forgot to pack my parachute because I needed space for my 30 copies of Das Kapital.
24
image

Disguised GrainEater spotted spying for China in the Imperial Core😳

Disguised GrainEater spotted spying for China in the Imperial Core😳