Probably lib-left Labour supporter. Or like a Cory Doctorow utopian techno-socialist at best.

This guy is a shady, lying piece of shit.

Dreadful Wraithtojapanimation•Nagaru Tanagawa, author of the Haruhi Suzumiya light novels, on his experiences with (the staff of) Kyoto Animation1•13h

Also, the latest volume is a collection of three short stories, two of which have already been released and fan translated (though moderately difficult to find). Thankfully the third short story is new and roughly half of the book. Despite what people are saying I’m like 90% sure we won’t see a season 3 of Suzumiya, despite what anyone says until there’s any sort of confirmation.

There’s a funny satirical article about it at least.

More or less. Though he just refers to them as advertisers.

Nagaru Tanagawa, author of the Haruhi Suzumiya light novels, on his experiences with (the staff of) Kyoto Animation

From the final note of the recently released – like today – The Intuition Of Haruhi Suzumiya. I’ve added aniDB links to the staff members here to show their work history more easily. …

Nagaru Tanagawa, author of the Haruhi Suzumiya light novels, on his experiences with (the staff of) Kyoto Animation

Housing First: The Cost of Sheltering in Place in Canada Pt. 2 | Waffle To The Left

Housing First: The Cost of Sheltering in Place in Canada Pt. 2 | Waffle To The Left

Why The Web Is Such A Mess | Tom Scott

Why The Web Is Such A Mess | Tom Scott

For emulation I’m messing around with RPCS3 right now. I got Scott Pilgrim working fairly well and Siren: Blood Curse almost working decently, but almost everything else has massive issues like Castlevania: Harmony Of Despair, the menu just won’t render for me though I can blindly navigate it. I don’t think my computer’s powerful enough to handle most of the 3D games, the only reason Siren works I think is because it’s borderline PS2 level (which is totally fine). Trying out Under Defeat HD and Hard Corps: Uprising right now and they seem to work near perfectly, which is cool.

If you want something more indepth, Animetudes has a good series of articles discussing the definition of anime, though it comes at it instead in terms of genre, philosophy, the mechanics of animation, etc. Part 1 is kinda’ pretentious but the other two parts are really good.

Seems like the stream’s been deleted/removed now. I went back to it and now none of it plays with a message saying “This live stream recording is not available.” I really hope they didn’t intend to keep it so ephemeral. Perhaps they’ll upload the individual panels separately soon.

How the KKK capitalized on Canada’s racism | Canadian Dimension

How the KKK capitalized on Canada’s racism | Canadian Dimension

If you need me, I’ll be hiding in c/japanimation until the liberalism subsides.

Dreadful Wraithtojapanimation•Hayao Miyazaki’s The Wind Rises: Blocking out the rest of the world | WSWS3•2d

I didn’t like Your Name much either. Makoto Shinkai trying to be even more political in content without actually analyzing anything in Weathering With You makes me wonder why he even bothered. Most of his early work is interpersonal stuff, which he seems to excel at, but these attempts to branch out just feel like he’s stretching thin his own style to be more broadly popular since the Japanese film animation market demands another Ghibli-like studio.

Dreadful Wraithtojapanimation•Hayao Miyazaki’s The Wind Rises: Blocking out the rest of the world | WSWS2•2d

Some other anime reviews they have, which generally follow the same note. All of these but one are written by Matthew MacEgan, but more specific than that, they all summarize the anime, praise technical aspects, maybe praise some of the narrative, and then criticize the semi-bourgeois and childish morality they usually have.

Hayao Miyazaki’s The Wind Rises: Blocking out the rest of the world | WSWS

Miyazaki has sometimes been considered a pacifist, and some of his earlier works indeed warned of the dangers of war and other social ills. However, he has undoubtedly moved to the right. …

Hayao Miyazaki’s The Wind Rises: Blocking out the rest of the world | WSWS

Japanimation, Or How To Forget A Word | Please, no hate.

Japanimation, Or How To Forget A Word | Please, no hate.

The Association of Japanese Animations (AJA) released its preliminary Anime Industry Report 2020 findings on Friday, and plans to release its full findings in a report on November 30. The preliminary report found that the anime industry rose 15.1% to 2.5112 trillion yen (about US$24.18 billion) in…

"One Full Moon Night in Stockholm, Sweden. An expected intruder breaks into Mr. Edvard’s home. A prepared gun trigger was pulled, and the detectives Holmes and Jamie start to chase after the intruder. Yet, on the same night, another unexpected gunshot interrupts… Blossom Detective Holmes and Jamie…

It’s a French site but they usually have a short English summary at the end of their articles. …

It’s a nice combination of the history of anime and funny stupidity regarding the dubbing. …

Provinces promised crackdown on pandemic price gouging. In fact, there have been few repercussions | CBC Marketplace

Provinces promised crackdown on pandemic price gouging. In fact, there have been few repercussions | CBC Marketplace

Looks similar to the PDP of Afghanistan flag. 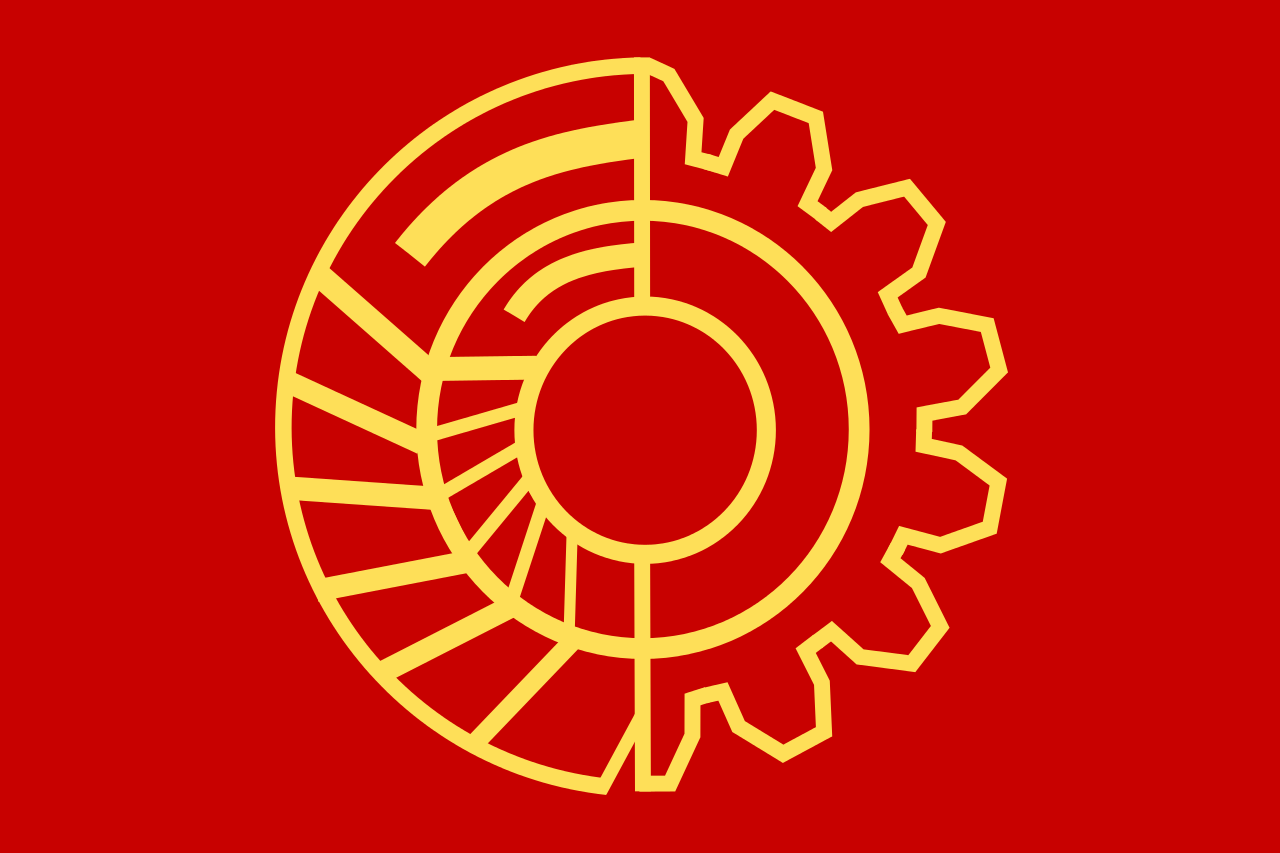 As well as Japan’s: 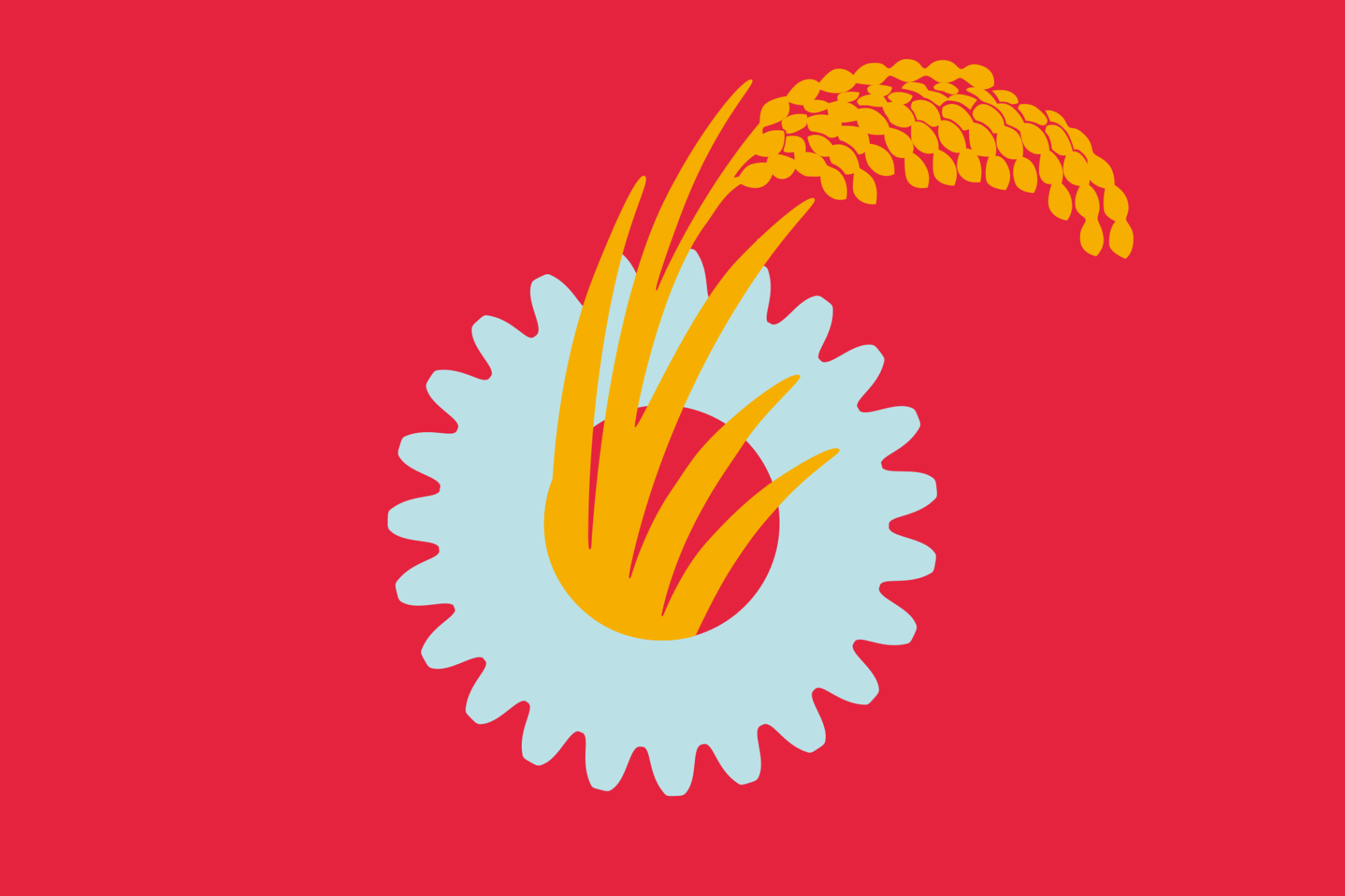 Non-Black Businesses In the Hood - A Site of Struggle. Why? | Black Red Guard

Non-Black Businesses In the Hood - A Site of Struggle. Why? | Black Red Guard

On a related note, there are two good lists on Goodreads that list out all/most of the good, or at least notable, English academic texts on anime:

I really wish the anime community wasn’t* lib as fuck. It’s almost unanimously liberal and reactionary outside a couple small-time YTers and stuff at the margins. ANN keeps posting shit like this and it’s cringe. …

Another video on Cutie Honey recently released on YouTube by Randall the Vandal: https://www.youtube.com/watch?v=eZTR2tsO4kc…

I can only really recommend listening to these if you’ve already read the books since it serves as like a replacement to a group discussion afterwards. It’s not bad with that in mind. Second issue would be some of the other guests aren’t insightful and it kinda’ feels like the main host just grabbed…

Neo-Colonialism: The Last Stage Of Imperialism by Kwame Nkrumah, maybe. It was published in 1965 and serves as a sequel to Lenin’s writings on imperialism. But as far as modern stuff, like Marxist articles on Monthly Review, etc. might be your best bet.

The lows and highs of Leftypol: It’s mostly Marxist-Leninist of some kind, which is good. Pushes back on some of the western hyper-IdPol stuf, which is good, but the schizophrenic image board structure sucks and encourages endless bickering and making stupid statements. Some of the chan culture seeps in to the point of actual bigotry that only gets gently pushed against at best. There are some good threads, but it’s basically a slot machine of whether you’re going to see good posts or absolute stupidity which renders it useless as a political space.

I think they’re right about how we should be condensing leftist/marxist efforts in cases such as the wikis though.

I’ve watched the 1986 animated film (the animation and music were really good and it qualifies as anime to a lot of people) and a couple of the CG series as a kid. The only other aspect I know about the series is Megatron’s “Towards Peace” manifesto. 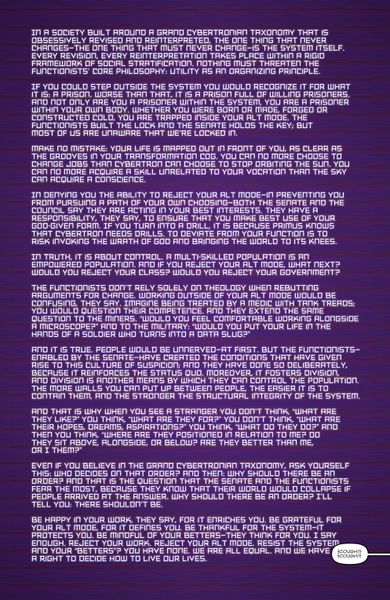 Unfortunately, yeah. There never is. Unless they edited it out.

Also I was looking for anything Parenti’s done publically since 2015 and I could only find this CGTN article from Feb, 2020. It has two small sections from an interview I guess they had with him, but it doesn’t say when this interview took place. Presumably this year.

Dr. Michael Parenti, a progressive political scientist from Yale University explained me in an interview that he sees this similarly. "The Rustbelt people in the U.S. feel that they have worked harder but are earning less than those professionals. Many of the working public might have given stronger support to Bernie Sanders. But after he was defeated by Clinton, they have switched to Donald Trump who gives the facile impression of being for the common people.”

If Bernie Sanders is going to win all the primaries before the final stage of election, it is for the mainstream progressive media people to figure out how to redefine populism, as Dr. Parenti showed: “the real populism should be in the progressives, as Trump only used it as a means to win votes that he never really cared about the common people.”

It makes sense they’d prioritize Marx and Mao since they had more effect on China. I don’t think these are made with like the desire to tell the entire history of socialism but just the pertinent parts to the Chinese context. The October revolution would make for good drama though, they’re missing out by not touching it yet (or ever).

I heard about it because of a shit anti-Parenti video Zero Books did and someone in the comments asked about this video and I was able to find it. I wish Zero Books weren’t squishy LeftCom weirdos. Too many people involved with them are anti-communist and useless.