Why not use my guide, which has a section on how to DIY make physical camera covers for phone and laptop? https://lemmy.ml/post/54596

It is simple, costs nothing and materials used are the most basic art and craft tools.

@TheAnonymouseJoker@lemmy.mltoPrivacy@lemmy.ml•What are some Invidious instances run by people or organizations with good privacy track records?5•5d

Yes, I did not mean just CF. Other instances should also be certainly avoided, but CF is taken lightly compared to Big Tech.

@TheAnonymouseJoker@lemmy.mltoPrivacy@lemmy.ml•What are some Invidious instances run by people or organizations with good privacy track records?8•6d

Corporate wants you to find the difference between the two.

While letting Apple/NSA get your browsing habits. LMAO

eMatrix in Pale Moon. and nuTensor as noted in other comment.

You are better off with uBlock Origin medium mode in hardened Firefox.

Check if your email leaked https://cybernews.com/personal-data-leak-check/…

I have been able to give voice to quite some people who were censored in r/privacy and r/PTIO, and the userbase is growing, so yeah there are people I can cater to as third alternative for privacy community. I understand the problems deep rooted into reddit system, and in general internet and forums quite well.

In the coming times, people are going to see my own blog (besides privatelife on Lemmy and Reddit). ;)

Oh by the way feel free to get a voice at my communities on Reddit or Lemmy, as long as respective platforms’ ToS or my simple rules are not broken.

I think I have arguably documented it the best way possible on the internet. Worth a read.

Signal is playing a bad idol role here by condemning decentralisation, and with how Moxie shut down a good chunk of the anti censorship community.

Ease of use has to be the key for flourishing of pro FOSS culture. Decentralisation will never be superior to centralisation in ease of use, simply because one has to take extra step of either creating own homeserver, or chasing the servers that follow protocols, and are reliable and speedy as well. And there will always be some kind of issue even if one started to index and rate servers accordingly.

There are many servers, but only a handful are decent like ejabber, jabber, snopyta, 404city and so on.

The situation is complex with decentralisation, hence it can only be a second alternative. Matrix is tipping the line between XMPP and Signal, though. (Matrix has shitty clients though, Element acting weird unless you have high speed connection. XMPP works even at less than 2G speeds.)

Better!= ease of use

When you are trying to sell solutions to ordinary people, the problem/threat is not understood by objectivity but by perception.

Until the pro privacy libre culture flourishes in society, it will remain a problem forever. Hence this is my mission.

Thank you for this. I just found a way to resolve conflicts with some people who self activate such landmines against me to derail my points. Lemmy does not have gilding like Reddit, so have it here:

I put the image in my above comment. This is my self devised DIY solution using some black chart paper, some cellophane tape, some 3M invisible tape and some aluminum tinfoil. Also a paper cutter for that LED flash hole.

I have this setup for a year now.

A piece of small tinfoil cutout with invisible tape works for me. No glue residue, costs practically less than a cent in a year. And it is about as thick as your hair strand.

I have it both on notched phone and laptop. Go suck it feds.

I also made a rear camera cover for my phone attached to phone armour case a year ago. 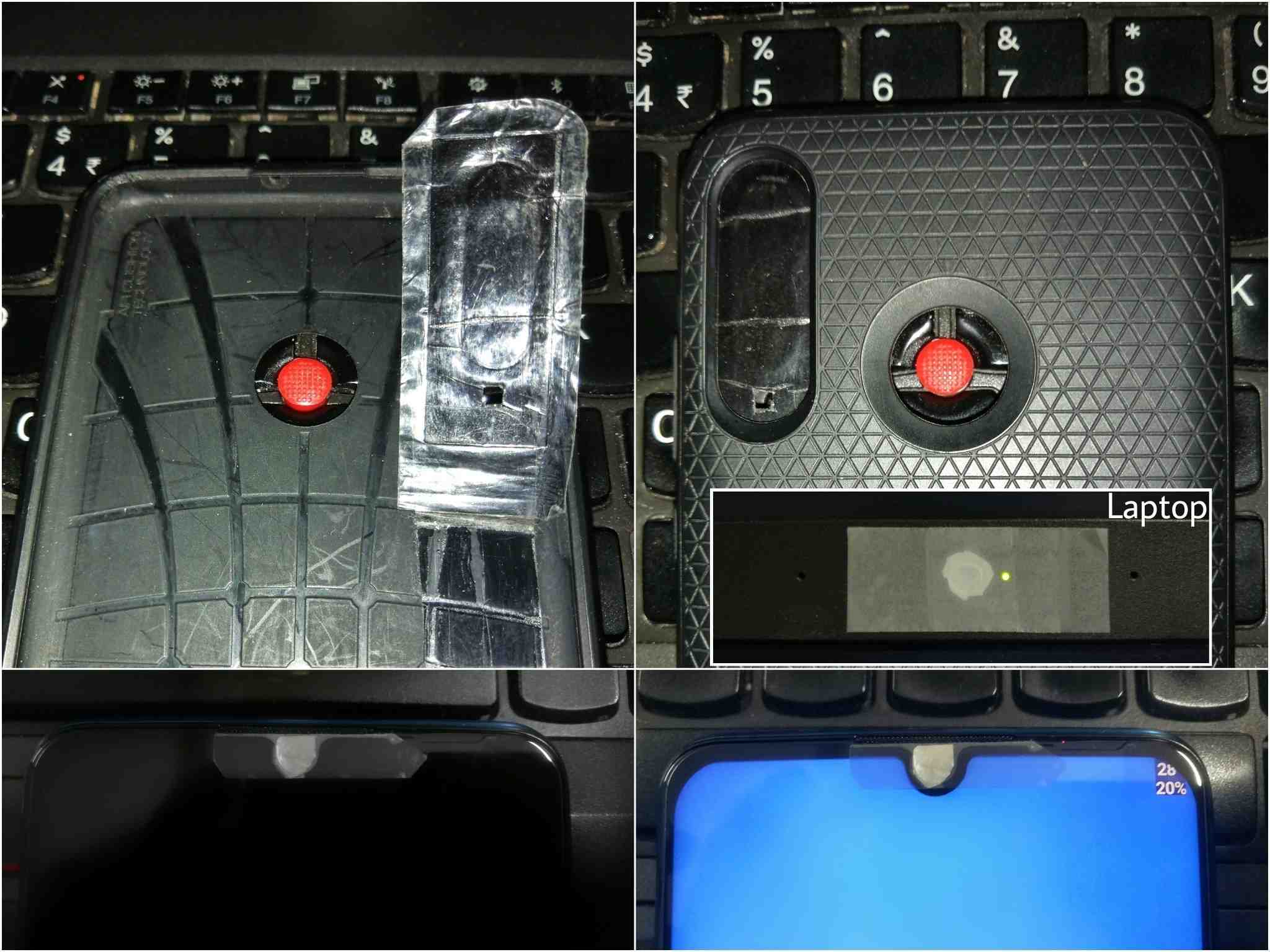 I use hardened Firefox with firewalling and HOSTS rules on system.

Pale Moon is modern enough if I wanted to use it though, Goanna engine is a fork of Gecko.

Based recommendation. Also, not exactly relevant on how metadata works, but the consequences of metadata landing in wrong hands: https://www.wired.co.uk/article/google-project-maven-drone-warfare-artificial-intelligence (first 3 paras is enough, especially 3rd para)

You can reset Chrome by deleting al app data and flushing cache. The app does not and cannot.get deleted from non root devices, but it will go back to its stock factory preloaded version. Then you can update it and you have a clean Chrome.

That said Chrome custom tabs can also be used by any application, so check what apps you have, and what apps open themselves frequently in background.

Federation is not a thing in Signal. Funny how America preaches FREEDOM™ to everyone and Americans take it away in their software.

That said as avalos points out, the metadata encryption, audited encryption (also used in Conversations in OMEMO, as Megolm in Element (Matrix) and as Proteus in Wire btw), and all this being transparent and verifiable via open source code is a good reason.

Encryption does not work based on server location threat like 14 Eyes. I feel I have a say on this as someone who teaches threat modelling to many people besides having a hard stance against 14 Eyes proprietary technology.

Elon Musk’s tweet is not an indication of Signal being a honeypot. He simply capitalised on more fame, as his so called science poster boy reputation has taken a massive hit after tweeting “we all know who owns the media” and “we will coup [Bolivia for lithium]”. He likely has a certain political leaning and to anyone who is not living in a cave, can figure out his audience. He is pushed by the American military industrial complex as the science poster boy of USA, and USA projects their marketing icons onto the world as we know, which Musk is failing to be, as the world starts to wake up against America’s nefarious doings in small ways.

The last part is a bit political but this is what is going on here.

@TheAnonymouseJoker@lemmy.mltoPrivacy@lemmy.ml•Apple Privacy Survey: iOS users agree with Apple’s Latest Privacy Update…but 74% would rather be tracked than pay for sites [SellCell]3•25d

The funny yet bizarre truth is Apple will whitelist themselves, and thus by extension NSA, from getting data on you via OSCP checks or their own domains or data polling (even if it is 10x less than Google, it still is 1x, NOT 0x).

So you end up with Android where you can degoogle it fully and completely with tiny efforts, or you can have Apple with a façade of complete privacy via excellent marketing, even if it may be more than Google Android, as you can never verify it with Apple. All because the user was lazy to not be able to setup their own phone and consider 0 money and 1-2 hours of investment in privacy a waste of time.

Apple Privacy Survey: iOS users agree with Apple’s Latest Privacy Update…but 74% would rather be tracked than pay for sites [SellCell]

Apple Privacy Survey: iOS users agree with Apple’s Latest Privacy Update…but 74% would rather be tracked than pay for sites [SellCell]

Pictogram: WhatsApp vs FB Messenger vs Instagram vs Signal vs Snapchat vs WeChat vs Telegram

Apple is an anti privacy company, but these nutrition label things are nice for marketing. Worth a look…

Pictogram: WhatsApp vs FB Messenger vs Instagram vs Signal vs Snapchat vs WeChat vs Telegram

If teddit does not work, use Libreddit. Post direct link: https://old.reddit.com/r/privatelife/comments/krr7gf/writeup_dissecting_massive_whatsapp_privacy/…

[2020 SPECIAL] The good, the bad and the ugly - My outlook on the privacy community (My r/privatelife crosspost)

Shared Teddit URL, if Teddit does not work then use this old Reddit URL: https://reddit.com/r/privatelife/comments/k7vngo/2020_special_the_good_the_bad_and_the_ugly_my/ …

[2020 SPECIAL] The good, the bad and the ugly - My outlook on the privacy community (My r/privatelife crosspost)

Microsoft's new dystopian 'Productivity Score' tool lets your boss track how much you use email, Teams, and even whether you turn your camera on during meetings [Business Insider]

Microsoft's new dystopian 'Productivity Score' tool lets your boss track how much you use email, Teams, and even whether you turn your camera on during meetings [Business Insider]

[WRITEUP] Something horrible has pulled up, WhatsApp can read your messages now.

[WRITEUP] Something horrible has pulled up, WhatsApp can read your messages now.