We have no political gain from calling people brainwashed
plus-square

We have no political gain from calling people brainwashed
plus-square

I see too frequently from English-speaking radicals countering criticism by calling people brainwashed. Yes, they are severely “brainwashed” by bourgeois ideology, but calling them for what they are is not always useful, and especially not in this case.

Since we were born in a bourgeois society, being ideologically alienated is a given. We were all fed bourgeois ideology at some point, unless we had critical thinking human beings as parents, which is a rarity on its own.

But remember, when we call someone “brainwashed”, unless they’re an actual lunatic, we are also calling everyone who’s reading the discussion and disagrees with our point of view, which is a given, since being constantly fed bourgeois is also a given.

We should, then, usually avoid personal attacks and, instead, attack or question their arguments, so in this manner, you’re not attacking who disagrees with us. Unless they’re a full-blown fascist, or a despicable person in general, we have no political gain from insulting people.

In general, always have a discussion like everyone’s watching the debate, because indeed, everyone is watching. Someone will read your replies at some point, and if they believe what the person we are attacking believes, they will tend to put themselves in the shoes of that person and possibly reject even further our contributions to the debate.

People have to remember the corollary to the “You Are Not Immune To Propaganda” meme. 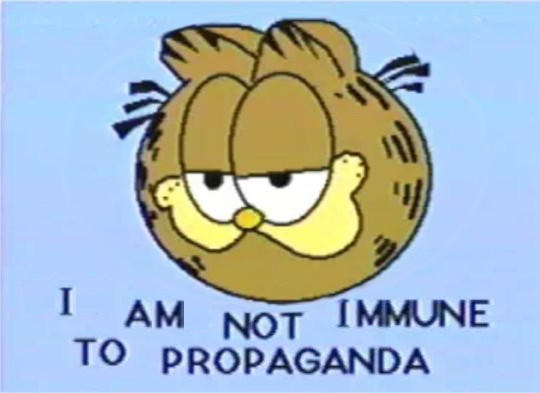 We are all “brainwashed,” if we grew up under capitalism, in the west. Every last one of us. And that brainwashing is reinforced every day, in ways we can consciously resist and ways that are subconscious and impossible to resist. To think otherwise is an extremely easy way to, well, end up in a cult, I guess. We were all brainwashed and we are all brainwashed and we all are learning and unlearning shit every single day.

Humility goes a long frickin way in convincing people we are actually standing with them for the right reasons, and that all the those lies they’ve been fed about communism are, well, lies.

pretty sure self-confident “I know better” bullshit is why I know so many “leftists” who are hardcore into crypto all of the sudden.

I agree. I also think we ought to come as close to this person’s style of argumentation as possible. It’s not insulting and you don’t come across as being intellectually lazy ceding ground to the person you’re arguing against (truth is in the middle cop-out).

Leftist Infighting: A community dedicated to allowing leftists to vent their frustrations

The purpose of this community is sort of a “work out your frustrations by letting it all out” where different leftist tendencies can vent their frustrations with one another and more assertively and directly challenge one another. Hostility is allowed, but any racist, fascist, or reactionary crap wont be tolerated, nor will explicit threats.