yooo now were famous in wikipedia boys 😳. inb4 lemmygrad next on the list

yooo now were famous in wikipedia boys 😳. inb4 lemmygrad next on the list

ah yes… time magazine Aka the most reliable source, fuck off wikipedia

Anti-Uyghur racism? Da fuq? Me and the homies love our Uyghur comrades. Look at France if you want an example of re-education purely out of hatred.

Also, let’s not forget that the people making this outrage over Xinjiang are the exact same people who want to the US to “spread democracy” there- and we all know how that ends. They’re already fucking sanctioning these same people they pretend to care so much about. US will fight Russia to the last ukranian and will fight China to the last Uyghur, Tibetan, Taiwanese, etc. These people are just sacrificial pawns on the chess board to them.

Literally making shit up to reaffirm their own narratives to themselves.

Our biggest achievement ever was making the glow-boys at the Anonymous HQ in Langley seethe and mald so much they hacked a random chinese tourism site to post their funny maymay where they epically own us.

What can you call it except fear? Whenever a leftist group starts picking up steam, the feds intervene as fast they can.

lol literally none of this is true. I like how they always refer to us as a ‘dengist’ group, too.

Surprised they didn’t call us a Hilary Clinton cult…

damn this is embarrassing

guys, how much dies ut cost to remove a tattoo?

How much does it take to change your name back from “Bashar al Stalin”?

Taking everything at face value is a sign of low intelligence…or at least undeveloped critical thinking ability.

WTF I thought we were all brothers and sisters comrades!?! Wikipedia which is clearly trustworthy is telling me ur all a bunch of Islamaphobic reactionaries! 😭 I’m done comrades, time to start voting blue!

I have never seen an instance of racism against uyghurs ever amongst ya’ll, they just projecting their racism

I mean they DO exist but we should just call them by their real name, NSA

I guess I’m not surprised that Anonymous would be anti-communist but are they really feds? Also wouldn’t be surprised but just curious to know more

Not really, I was joking (mostly)

They are a decentralized group of hackertivists that go way back to the early 2000’s, and if I’m not mistaken, they claimed they are socialists, but I’m not sure.

The thing is, there is no way for us to know who are they or when are they acting and when is another group impersonatingthem, bc they want to protect their privacy while they act against goverments and other institutions.

I’ve seen many “Anonymous” twitter and facebook pages talking about recent topics while spreading western propaganda.Obviously, these are fake, but libs believe it anyway. And it is not something recent either, I remenber back in 2013/2014 during the huge protests in Brazil that there were a LOT of posts about them and claiming they did a series of attacks. I was really young and didnt really care but I remember thinking it was “cool”. You can see many people from these protests using the guy fawkes mask.

The point is: It’s very easy for the departament of state/CIA/NSA to “infiltrate” the movement and use it for propaganda. Since they are seen as the good guystm fighting against ebil authoritarianism 1984 and they have that good old decentrilization idea that libs and anarchists love so much.

Although the initial idea of the group seems cool and they have even collaborated with wikileaks, the movement could be - and I believe it has been for a while - co opted by the NSA in order to spread propaganda

I mean look at what they have done w reddit and other social media, I don’t think it’s too far fetched to claim this

EDIT: Just as a side note, to add a bit more context, we had big protests here in Brasil back in 2013/2014 that actually started as LEFT WING protests. The rulling class ignored it as long as they could but they grew stronger and stronger and then they attempted to infiltrate it and it worked. After some time there were all kinds of reactionaries even asking for the return of the fucking military dictatorship and it would eventually lead to the fall of the workers party and the rise of Bolsonaro and his neoliberal policies. I believe 100% the US played a key role in this process and that it was no different from color revolutions like the Euromaidan in Ukraine or the arab spring in africa. But I’ll make a post about Brazil soon discussing all this with kore context, but it’s getting too big and I’m trying to write it in a decent way and as succint as possible so it will take some days.

No not at all far fetched, I mean hey if they can infiltrate and puppeteer organizations with member lists and defined values and recognizable faces they can all the more easily do the same with something that has none of that. If Nazis can run cost effective psyops to parody liberals I see no reason why the most powerful intelligence agency in the planet wouldn’t be doing a hundred times as much.

It really leads to a schizophrenic-like state where you can’t trust anything or anybody, which I would wager is also half of the point of their sinister campaigns.

I bet they count not believing the narrative about the ‘genocide’ as anti-Uyghur racism. Honestly surprised they didn’t mention anti-Anglo racism or something.

How much you want to bet that if you try to edit that paragraph at all, it’ll be back within an hour?

Is it just my sleep deprived brain or is the last sentence really incoherent? I had to read it three times

I don’t get that one either. 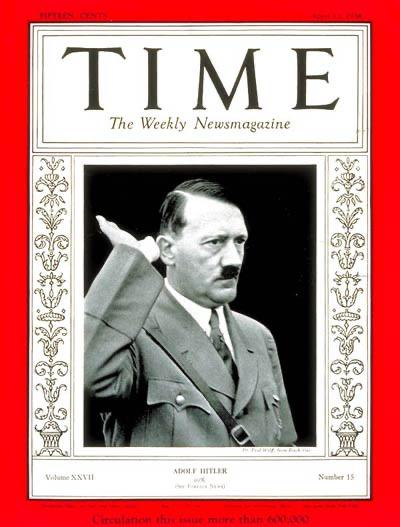 Let’s vandalize that article by spreading the truth.

Wow, how they contained themselves and didn’t ascribe the alt-right label to Zedong, since it’s all about denying genocide, apparently, I’ll never know xD

Is this from the “controversial subreddits” page or did we finally get our own?