The basics of visual communication

The basics of visual communication

I’m not going to do a whole post on visual communication (which you may know as graphic design) because I would be here for years, but I can give some 101 pointers regarding the things we are likely to make as activists – flyers, propaganda, etc.

We’ll mostly use visual examples but first, a paragraph on theory. First of all, when communicating visually, we are not talking about art. Artists make great communicators because there is some overlap but the goal is not to be an artist. You are communicating a message to influence opinions (that is what brand logos and TV ads do too), whereas art elicits an emotion. We’ve found that eliciting an emotion in visual communication is also very important for people to remember your message, but again there is otherwise very little overlap. You are not making a painting for the sake of making a beautiful painting, you are making a poster to influence opinions.

So when communicating visually, you have to think about what you’re trying to convey. Pitch the message in a sentence. It can be “anti-nazi rally next week on main street” or “vote communist for equal rights”. But keep it short. Everything you show in your media will work towards propagating that message. 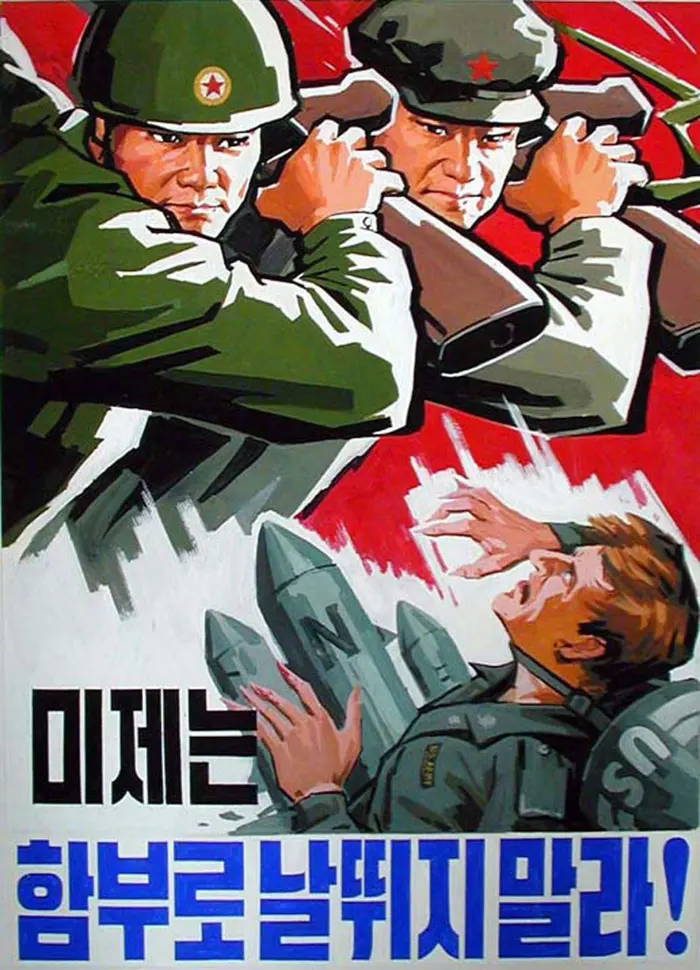 Looking at this poster, there are some elements that jump out and some that you may not see. That is normal, very few people will see everything – especially if we’re talking about a poster you see in the street while you’re commuting; you don’t have time to stop and look at it thoroughly.

And yet I can guarantee you everything in this poster has been carefully debated and selected. The colors of course echo the flag of the DPRK. But you also see that the two soldiers are towering above the american soldier, with a confident look in their eye. There are two of them, to suggest solidarity. The American has nukes turned towards the soldiers (i.e. the DPRK), but they are powerless against the soldiers. In fact, he looks scared of the sheer power the Korean People’s Army wields. The KPA soldiers are moving forward while the soldier is retreating. His helmet fell off. He is defenceless. You may have not noticed also that the American has sharp fingers, and blood on his left hand. I’m probably lacking some cultural norms, but I can tell you with 100% certainty that this was a deliberate choice, as was everything else on this poster.

This is effective propaganda. Every little detail has its place and contributes to the overall message: the DPRK is not afraid of American intervention, and they will beat them again if need be. But as people will rarely see every little detail, they also have to be important in isolation. The first thing you notice probably is that the KPA soldiers are giants to the American. If you’re walking down the street, take a fraction of a second to look at this poster and this is what you take away, then it was effective. It’s done its job. 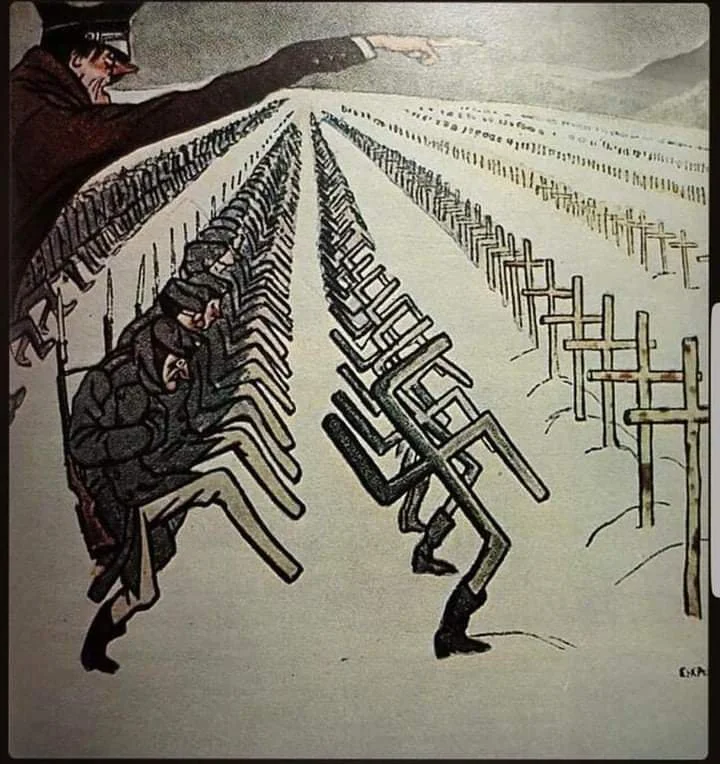 Then we also have this kind of poster. Simple. Effective. To the point. Let your audience fill in the blanks.

When designing your own visual media, you have to take cultural norms into account. For example, we often depict people going to the right because we read from left to right, and it conveys a sense of moving forward. We also depict them climbing, or going up rather than down, because it depicts a sense of growth. Of course if we were to depict capitalists, then we would paint them as going down or backwards.

As a final note, I’m going to be leaving you with this poster from 1954, and ask you to find out what you can based on what we’ve seen above. You can ignore the text if you don’t read Russian, but you have to know the character on the left is Soviet and the character on the right is an American. You can either do the exercise yourself or post your results in the comments and I can take a look at them. 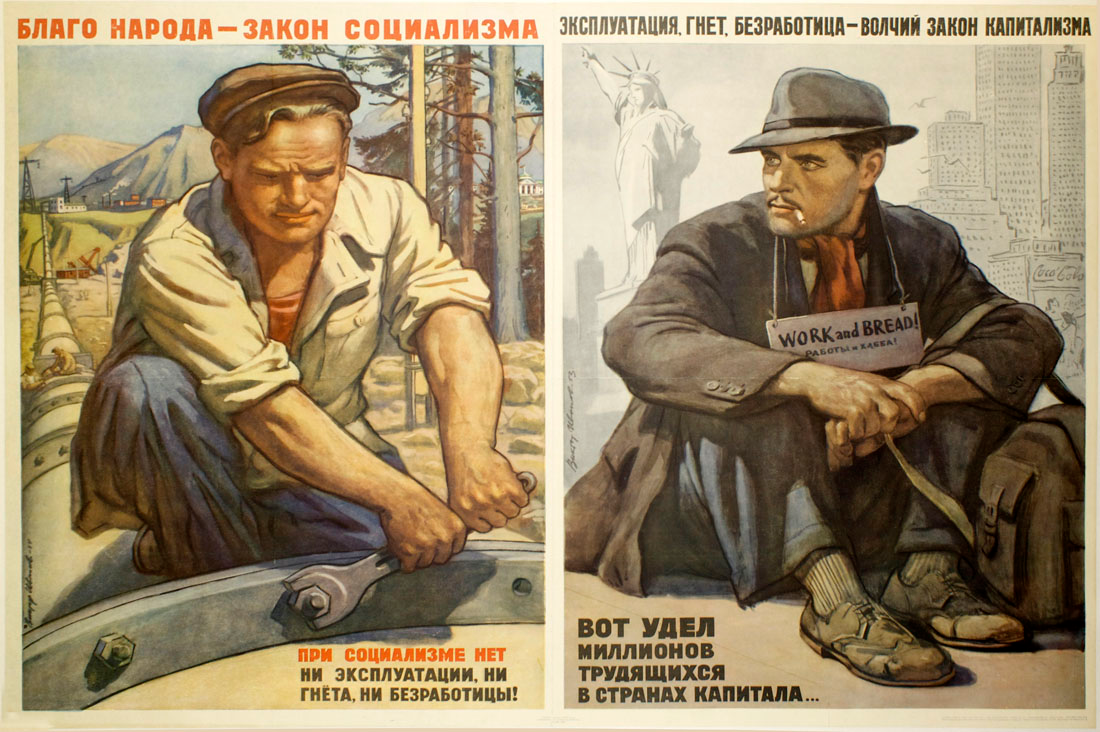 Learn to communicate your ideas

A sublemmy to learn how to communicate, with a bias to spread communism more efficiently.

This is different from propaganda as propaganda is generally deployed on a wide scale. Propaganda is a subcategory of communication, and communication is a very general term that encompasses anything that sends a message no matter what that message may be, essentially.