So jarring, and dispiriting, every time I see liberal pattern recognition being demonstrated.

People who’ve been asked their political alignments after immigrating out of an AES state: predominately lean towards the right, often inspired by anti-communism, tend to join or start anti-communist movements or parties exterior to their native country

Liberals who’re either too dumb or too blind to realize this: “but… I thought you were just smarter than the people in your home country?”

It’s really no surprise that people who fled from ‘communism’ would create a culture that leads fellow communism-fleers to join into groups like QAnon and Trump’s memberbase.

Not a hint of self-awareness: 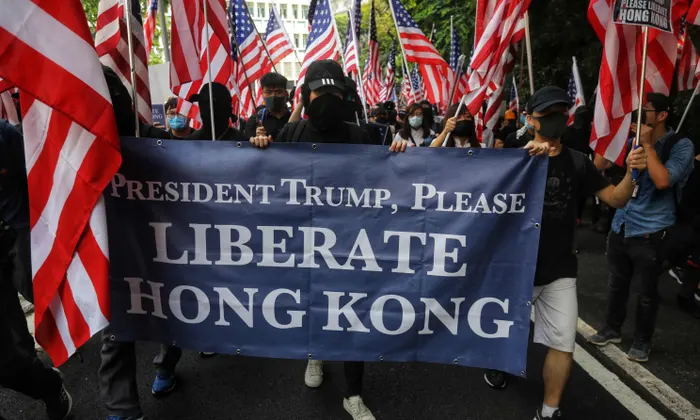 Reminds me when NY Times threw Epoch Times under the bus

Are there any westerners knowledgeable about China? Not even on the anti-imperialist/communist side, but exactly on the imperialist side.

I said this before and I keep having to say it, but it seems there are no imperialists that can accurately describe China’s system or even their general “ecosystem” (like Falun Gong, as you said). This botched analysis only yields useless results and that’s why they’ve been saying for 20 years that China will never be the world’s first economy… even as the evidence is hitting them in the face.

FFS all of these “China watchers” don’t even speak the language. I’ve yet to find a single non-anti-imperialist (so pro-imperialism) journalist or public figure of some kind that even spoke the language – excluding people of Chinese heritage.

I don’t think they understand modern China at all except through the highly dogmatic almost Proud boy understanding that “West is the best!” and “Marxism-Leninism will collapse!”.

It explains why they’ve tried to start a new cold war using the previous cold war as a step by step guide. Despite the fact that China is very much part of the global capitalist system rather than the Soviet Union attempting to setup a parallel system

But from a geopolitical point of view I oft wonder if they were right. If they had not hugged themselves so close to the US they’d have been sacked, invaded and turned to ash

Instead they hugged themselves to USA until it was basically too late for the US to do anything. And now the US wants to do something:

C) China has built its military to a comparable degree

This is something I think of a lot and frankly I need to study China more.

If there was to be a war with China, I don’t see how they could fall. Someone posted a link here some days ago about how in all wargames, the US gets its ass kicked. But moreover, even Japan in the 1930s couldn’t occupy all of China. The way things are right now the US would lose against China, even if they formed a coalition. For the foreseeable future I don’t see Europe joining the war (they would lose too much), and I only see India and maybe Japan joining the war against China. South Korea would be a base of operations for coalition forces but I’m not sure they would be reckless enough to declare war too… unless they were “forced” in some way by the US.

The imperial core is definitely building up a cold war and trying to shift opinion away from China. It’s not entirely successful though, because we depend so much on China. So while people are blaming China for whatever (most of the time they don’t even know themselves), they also blame our businesses that deal with China or Xinjiang. This cold war shot them in the foot exactly because China is a global player in the capitalist system.

Europe is dealing with China for two reasons, and the US is learning this the hard way. First, of course, they offer better deals. But secondly, they offer safe deals. American meat is banned from sale in Europe because they have ridiculously low safety standards. Chinese products however are able to be imported – here we get several types of canned vegetables from China (which is a bit wasteful if you ask me, as we are perfectly capable of growing them – in fact, they originally come from Europe). The US used to coast by on their global stranglehold, but now that there is competition, they would prefer to undermine it than better themselves. Of course they can’t offer a better service than China, because their system is in too deep in contradictions.

I sincerely hope we will see the dismantling of the Amerikan empire in the coming decade, or at least in my lifetime.